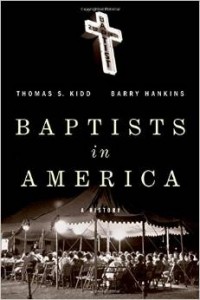 On September 5, 1651, a criminal named Obadiah Holmes was taken from his cell in Boston’s prison to receive his punishment: thirty lashes with a three-corded whip. Holmes had been alone in prison for weeks, struggling to come to terms with the agony he would soon experience. But the day of the whipping, an unusual calm came over him. Although his captors tired to keep him from speaking, he would not be silent. “I am now come to be baptized in afflictions by your hands,” he said, “that so I may have further fellowship with my Lord, and am not ashamed of his sufferings, for by his stripes am I healed.” Holmes was tied to a post. The officer tasked with delivering the punishment spit on his hands, took up the whip, and began flailing Holmes with all his might. And yet Holmes felt the presence of God more strongly than at any other time in his life. The pain of the scourging floated away. When the captors untied him, Holmes stood up and smiled. “You have struck me as with roses,” he admonished them.

What had Holmes done to provoke the wrath of colonial Massachusetts? He had preached the gospel of the Baptists. And that was agains the law.

Thomas Kidd teaches history at Baylor University and is Senior Fellow at Baylor’s Institute for Studies of Religion. His newest book is Patrick Henry: First Among Patriots, published in 2011 with Basic Books. God of Liberty: A Religious History of the American Revolution was published in 2010, also by Basic Books. Additional recent books include American Christians and Islam, published in 2008 by Princeton University Press, The Great Awakening: The Roots of Evangelical Christianity in Colonial America, published by Yale University Press in 2007, and The Great Awakening: A Brief History with Documents, with Bedford Books in 2007. He has appeared on the Glenn Beck television program and written op-eds for USA Today and the Washington Post.

Barry Hankins is Associate Professor of History and Church-State Studies at Baylor University. He is author of God’s Rascal: J. Frank Norris and the Beginnings of Southern Fundamentalism (1996) and Uneasy in Babylon: Southern Baptist Conservatives and American Culture (2002). He is also co-editor with Derek Davis of Welfare Reform and Faith-Based Organizations (1999).