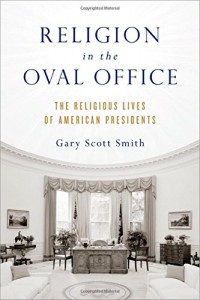 Dating all the way back to George Washington, faith has played a very important and often controversial role in the lives of American presidents. Nevertheless, few scholars have carefully analyzed how chief executives’ religious convictions affected their lives, policies, or decisions. Substantial evidence contradicts the frequent claim that a president’s faith matters little in how he governs. Numerous presidents have exhibited a deep and meaningful faith that has shaped their worldview and characters and have testified that their religious convictions influenced their political philosophy, analysis of issues, decision-making, and performance in office. Their religious commitments strongly affected John Quincy Adams’s efforts to fund roads, canals, and educational institutions and promote diplomacy; William McKinley’s decisions to declare war against Spain and take control of the Philippines; Herbert Hoover’s quests to reform prisons and defend civil liberties; Harry Truman’s approach to the Cold War and decision to recognize Israel; Bill Clinton’s promotion of religious liberty; Barack Obama’s policies on poverty and gay civil rights; and the crusades of several presidents to advance world peace. Many presidents have asserted that faith in God helped them cope with immense challenges and gave them courage and equanimity in the midst of the storms that swirled around them. Several insisted that their faith grew stronger during their years in office.

Gary Scott Smith is chair and professor of history at Grove City College. His other books include Heaven in American Imagination (Oxford) and the highly acclaimed Faith and the Presidency: Religion, Politics, and Public Policy from George Washington to George W. Bush (Oxford).